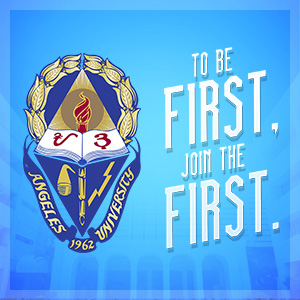 AUF CONCERT CHORUS
Organized in 1979, the AUF Concert Chorus has distinguished itself as a premiere chorale composed of students whose talent, creativity, discipline and personality have literally brought them places. Presently under the tutelage of Music Director Gildo “Boron” Garcia, Jr., the AUF Concert Chorus have had the rare privilege of staging performances for Philippine Presidents in Malacañang, statesmen, diplomats and other high ranking officials, both here and abroad.

AUF DANCE TROUPE
Composed of talented students of the University who can best express their emotions and creativity through the art of dancing. The AUF Dance Troupe was formed in 1973 under the banner Maharlika Dance Troupe. Currently under the directorship of Mr. Rommel “Poklong” Guina, the AUF Dance Troupe has repertoire that ranges from folk to modern.

AUF BRASS BAND
The AUF Brass Band was the very first group formed in 1963. Young and talented musicians from Candaba, Betis, Sasmuan, Masantol and other towns of Pampanga were trained and nurtured to provide entertainment during religious, social and cultural celebrations. Today, the group is under the baton of Ms. Tiffany Chei Manaloto, who herself was a former band member.

AUF HIGH SCHOOL GLEE CLUB
The AUF High School Glee Club was originally formed in 1995. This group charms the audience with their youthful renditions that ranges from broadway to contemporary pop. Today, the group has 20 members under the leadership of its musical conductor Mr. Marko Quioc Riyal. Members eventually graduate into becoming members of the AUF Concert Chorus.

AUF RONDALLA
The AUF Rondalla was originally formed with the AUF Dance Troupe in 1973 and both have since been partners in promoting Filipino culture through the music and dance. Currently under the baton of Mr. Leovie Ruga, the group has wowed audiences here and abroad through their renditions of local and international favorites.