Typically replies within an hour 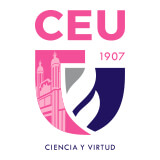 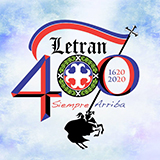 Technological Institute of the Philippines - Manila

What does Arellano University – Legarda Campus (Main) stand for?

Arellano University (AU) is a private university founded in 1938 by Florentino Cayco, Sr., Philippines’ first Public Instruction Undersecretary. It was then known as the Arellano Law College, named after the first Filipino Chief Justice Cayetano Arellano. In 1941, the college closed due to the Japanese occupation of the Philippines during World War II. It reopened in 1945, changing its name into Arellano Colleges. During that time, the institution offered its students 2-year preparatory and regular 4-year law courses, and the secondary education curriculum. By 1947, the Department of Education, Culture, and Sports (DECS), now known as the Department of Education (DepEd), recognized its academic excellence granting the college a university status.

Arellano University has seven campuses under its system:


Aside from Law as its field of specialty, AU also offers undergraduate degrees in Arts and Sciences, Education, Allied Medical Services, and Business and Technology. Arellano University Systems also include Elementary, Junior, and Senior High school programs to deliver a strong foundation in quality education.

AU has established its name by providing its students fundamental  education  throughout the years. Its excellence continues not only in the academic realm but also in sports. The university is a member of the National Collegiate Athletic Association (NCAA), the oldest athletic association in the Philippines. It participates and competes in NCAA’s regular and demo events with  its team, the AU Chiefs.

Choosing the right program can help you set your future goals and visualize where you want to be. Whether you want to be an engineer, a teacher, an accountant, or you want to level up in your profession, making yourself informed with the right choices will surely back you up in the future. Are you ready to map your career with Arellano University – Legarda Campus (Main)? Make the best decision in choosing the right path for you, click through the list of programs offered by Arellano University – Legarda Campus (Main) below:

Click here to visit our main site or wait 20 seconds to be redirected automatically to https://portal.edukasyon.ph/schools/arellano-university-legarda-campus-main