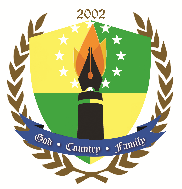 The Official Student Publication of The Manila Times College

In December 2012, students from The Manila Times College established its official publication, The Muralla.
Muralla is a street located in the walled city of Intramuros, a historical landmark home to many colleges and universities of the creative and critical minds.  It is a Spanish word which literally means “wall”, or a fortification against invaders.
We in The Muralla, will be the wall that will defend the rights and freedom of our mighty pen, and at the same time, deliver relative news that is influential to the student community.

The bulwarks, bastions and redoubts that make up the massive wall, altogether act as guards securing the safety of its people. We also know that we are just a fraction of the community acting as watchdogs guarding the interest of the Filipino people. The Muralla as a school publication is in unison with the press community, altogether moving forward to serve the best interest of an informed nation.

As the new breed of journalists, we pledge to act as a wall, not to cause any division but to draw a line between ethical and unethical practice of journalism; to further strengthen and uphold the highest journalistic principles; and to protect the rights of the fourth state.
From Muralla’s founding team and current editorial board, Welcome to our site!
Cheers and Mabuhay!

Click here to visit our main site or wait 20 seconds to be redirected automatically to https://portal.edukasyon.ph/schools/the-manila-times-college-manila-campus/#school-organization