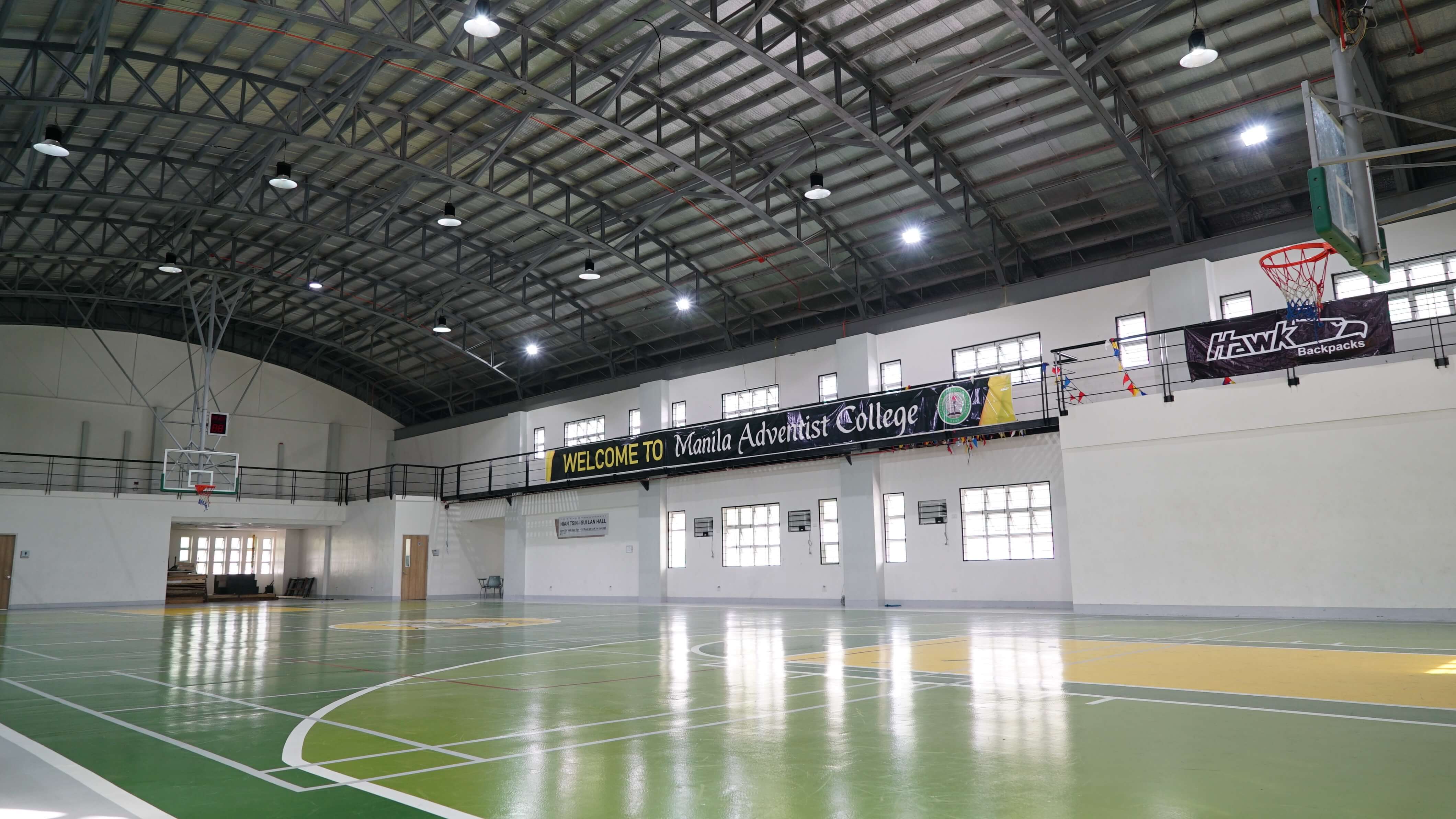 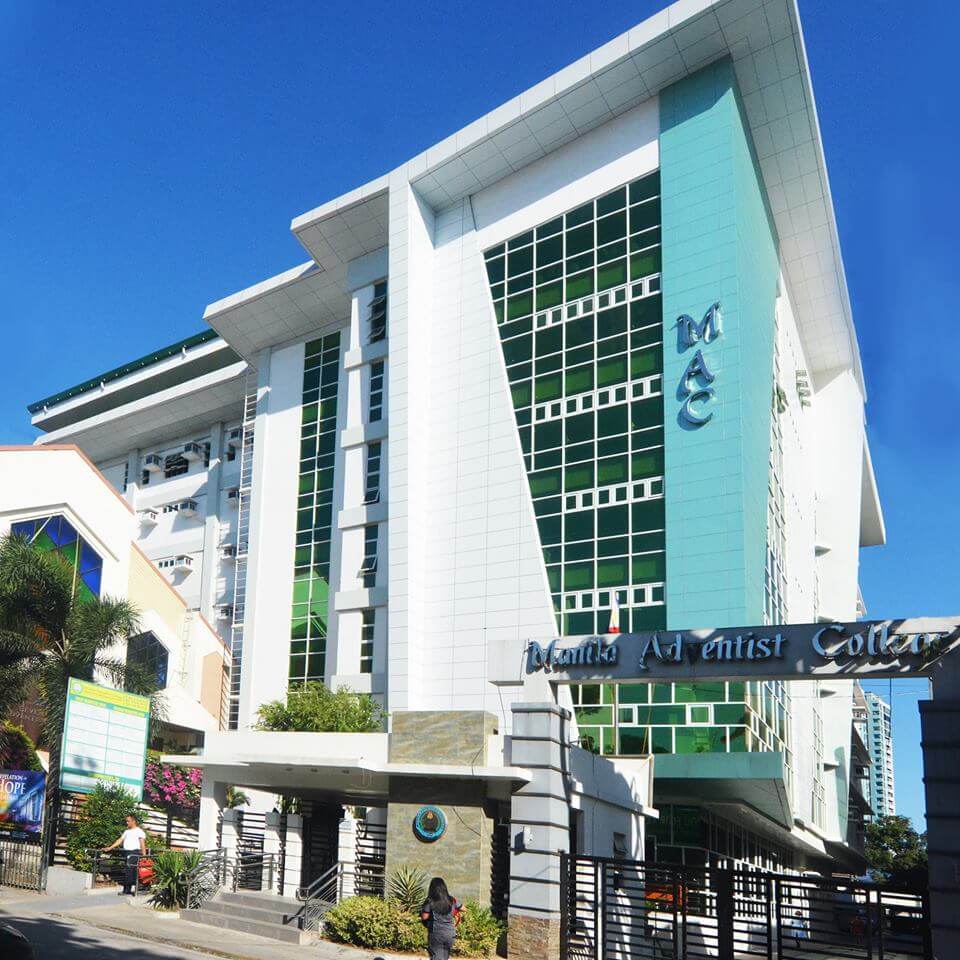 What does Manila Adventist College stand for?

Manila Adventist College was first established as a dispensary in July 1927 in Malate, Manila, spearheaded by Dr. Horace Hall, an American missionary. The dispensary was soon turned into a small hospital, then later into a new 3-storey building. This was named Manila Sanitarium and Hospital (MSH), which earned a good reputation throughout the Philippines for its efficient nursing service, pleasant Christian atmosphere, clean surroundings, nutritious vegetarian food, hydrotherapy treatments and patient education on the principles of healthful living.

From 1930 to 1959, MSH offered a three-year School of Nursing program (Graduate Nurse), which was been endorsed later to Philippine Union College (now Adventist University of the Philippines) in 1967. The hospital was expanded with the construction of another three-storey concrete building adjacent to the existing one in 1931. Due to the steadily increasing patronage, the “first” hospital had to be sold. In 1940 a new four-storey concrete hospital building was constructed in its present location in 1975 corner Donada and San Juan Street, Pasay City.

During World War II, the Japanese occupied the MSH and used it as a Navy Hospital. When the Allied Forces gained victory over the Japanese government in December 1945, the latter evacuated the hospital but detonated a demolition bomb that damaged the hospital extensively. Rehabilitation work began in 1946, but it was only on March 3, 1949 that the MSH officially reopened after its temporary stop of operation.
Expansion continued. In 1954 MSH opened the first School of Medical Technology in the country. This was later endorsed again to Philippine Union College. The Medical residency training program started in 1955.

Massive renovation and improvement were implemented thereafter which resulted in more facilities acquired and services rendered. The 1980’s brought more progress, notably, the opening of a coronary care unit (CCU); the establishment of a satellite medical clinic in the island of Palawan, which was transformed into an independent, major 50-bed hospital; the launching of the radio program, Fountain of Health; and the acquisition of US-manufactured ambulance units, diagnostic equipment, and a new telephone system.

It was in the 90’s, despite the threatening effects of the country’s economic crises, where dramatic changes and more improvements in the institution took place. The major ones were the incorporation of the hospital and the establishment of the school. Thus, giving it an official name of Manila Sanitarium & Hospital and School of Medical Arts (SMA).

After several evaluations done in Physical Therapy and Radiologic Technology programs, the school forwarded a letter of request to the Commission on Higher Education or CHED asking for the authority to upgrade these courses to Bachelor programs. Sure enough, CHED gave a nod to the school to offer a 5-year course in Bachelor of Science in Physical Therapy effective School Year 1995 – 1996 and a 4-year Bachelor of Science in Radiologic Technology program effective School Year 1996 – 1997.
The construction of the 3-storey school building, which started in November, 1995 and inaugurated in November 1996, became necessary to answer the need of the fast-growing student population. This housed 6 classrooms, 5 laboratory rooms and 2 offices. To date, more or less 30 classrooms have been constructed to meet the demand in the increase of enrollees. It is with humble pride that in the span of 16 years, since the school has been established, the school population has increased to more than 20 times and a high increased in number for faculty and staff.

School Year 2003 – 2004 went down in the history of SMA. The Commission on Higher Education (CHED) issued a Government Permit to offer Bachelor of Science in Nursing. The program attracted more students from all over the National Capital Region and other countries in Asia.

Considering the growing population, resources, and potentials of the institution, the Board of Trustees in consultation with the North Philippine Union Conference Executive Committee, decided to make amendment in the Security and Exchange Commission registration of the company. Through the endorsement of the Department of Health and Commission on Higher Education, the SEC finally approved the amendment on April 16, 2007. Thus, from Manila Adventist Medical Center and School of Medical Arts to its present official name Manila Adventist College.

With its present name, the school is given the authority, right and privilege to offer courses not only concentrated on the allied medical professions but in other lines of specializations. The Triple A, on its visit to MAC last June 17-19, 2007 gave a go signal to offer other non-medical courses. With the blessing of the Triple A and the CHED, new courses have been offered effective School Year 2009 – 2010, under the College of Business; namely, Bachelor of Science in Accountancy; Bachelor of Science in Business Administration, major in Marketing Management and Bachelor of Science in Business Administration, major in Financial Management.

From March 1994 to March 2010, MAC has graduated 1,885 students and became professionals in their own field of specializations. With the administration and its associates, faculty and staff working together hand in hand, the noble work at Manila Adventist College will progress under the leadings of the Master Teacher.
Praise be to God indeed! As what the school song says, “With dreams and hope so grand lead on, Lead on dear MAC!”

Choosing the right program can help you set your future goals and visualize where you want to be. Whether you want to be an engineer, a teacher, an accountant, or you want to level up in your profession, making yourself informed with the right choices will surely back you up in the future. Are you ready to map your career with Manila Adventist College? Make the best decision in choosing the right path for you, click through the list of programs offered by Manila Adventist College below:

What are the tuition & fees for students at Manila Adventist College?

Tuition and miscellaneous fees vary by program and course.

For a complete list of details, please send an inquiry here.

Where is Manila Adventist College located?

Click here to visit our main site or wait 20 seconds to be redirected automatically to https://portal.edukasyon.ph/schools/manila-adventist-college